Nothing Could Be Finer 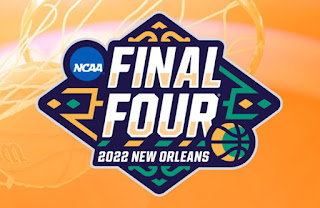 After the dust settled this past Sunday evening with the Men's Elite Eight tournament, the Final Four have been determined.  What a great tournament so far!  Who wasn't pulling for little St. Peter's University, the number 15 seed (that's one up from the bottom in their region) to get so record-setting far?  But, they ran into a Tar Heel team playing like they should and it was more than the Peacocks could handle.

Now two of the four headed into this weekend's tournament are from the Old North State.  And amazingly, for the first time ever the two huge rivals will meet in the NCAA Tournament, much less the Final Four.

The Tar Heels are led by their first-year coach Hubert Davis, himself a former Tar Heel player with Final Four experience.  The Blue Devils are led by legendary coach Mike Krezyzewski, who retires at the end of the season...which will either be their next loss or their national championship.

It is being pegged as “the biggest game in college basketball history.”.  It well may be.

Either way my state wins and gets into the championship game on Monday.  (By the way...NC State's team is in the Women's Final Four.)

And who says the ACC is in demise? Tobacco Road is hopping.

More on Coach K and why I am a Duke fan later.

Posted by Rick Lawrenson at 3:50 PM