Ed and Edith's Church is Struggling

It seems their church chairs are in need of retirement. Or it could be getting new carpet or picking out the color of the paint for the "sanctuary".

Churches can get their collective shorts in a bunch over things that don't matter but that they make so utterly important.

At the last business meeting Ed and Edith came to exercise their rights and let their preferences be known. And they have two votes. But the congregation couldn't come to an agreement. Like most, they put decisions that could be/should be put into the hands of one or two and try to get a congregational consensus. After a meeting of everyone putting in his/her two cents worth nothing was done because everyone wants it his/her way.

Ed and Edith's pastor (the latest in a parade of them) just threw his hands up in the air and said, "Let's just all bring our own chairs to church."

But Ed came up with a great idea. "Let's form a committee to do further investigation and research into chairs. Bring in 4 or 5 samples from various manufacturers. Then at our next meeting we'll all get to see them first hand - even sit in them to try them out. Then we can all go home and pray about which chair would be God's will for our church." There was a "second" and at least two/thirds agreed. Ed always has the best ideas.

I wonder what the Lord thinks as He watches. How easy it is for us to make the trivial sound spiritual.

Whoever invented the church business meeting has a lot of 'splaing to do.

It's for this reason that so many churches that could be growing and accomplishing great things for the Kingdom are stuck in neutral or going in reverse. Energy spent by a whole church trying to pick out a chair could be better spent.

Surely this isn't what Jesus meant when He prayed "Thy Kingdom come; Thy will be done".

(For more Evangelical Ed and Edith stories click on their link to the right under "Labels".)
Posted by Rick Lawrenson at 5:29 PM No comments: 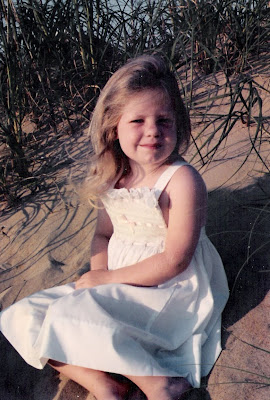 Looking forward to seeing you and Terry real soon.

At NHC we love to let our partners share their stories to drive home the point of the message. This past Sunday I spoke from Isaiah 55:8-11, which speaks of God's ways being higher than our own.

This video is a recording of one such story as it was told on Sunday. Interestingly enough, Sunday was also Sanctity of Human Life day.

Posted by Rick Lawrenson at 7:36 PM No comments:

How "Pro-life" are you? Really? (Repost)

I believe in the sanctity of human life, primarily because I believe life is sacred and God is all about giving and protecting life. But sometimes such beliefs contradict conventional wisdom.

It's easy to proclaim yourself to believe in something that never touches you; that you never experience up front and personal. And it's easy to work into positions compromises based on "logic". Until it dares you face to face.

When my son and daughter in law discovered they were expecting the day before she was to being prelimnary physical therapy in preparation for a double lung transplant they had to make a choice. Clearly such a pregnancy would compromise the window of opportunity for a transplant as well as her fragile health. Plainly put, carrying a baby to term would likely not happen, and the chances of her surviving such a pregnancy were slim.

So they were counseled by the medical community which cares for her to abort. The greatest medical minds said the risk is too high. Being pregnant now is the worst possible scenario. And from a human and scientific perspective they were right.

But they were wrong. So my son and daughter-in-law said "No" to the scientific rationale. Their reasoning? God is the Creator of life. They made a choice to be willing to risk her life, believing that God in His sovereignty had all this in His plan for them.

It defies logic. But sometimes that's exactly what faith does: stares finite human reasoning in the face and says "You're wrong because God is always right".

Convictions don't come without a price. But obedience never comes without reward. This story hasn't yet come to it's conclusion, althhough it's getting there rapidly. But regardless of the outcome, it's what God thinks and reveals that counts.

So for me, being "pro-life" has moved from being a political stance or even a theological tenet. It's become experience, and that makes it as real as real can get.
Posted by Rick Lawrenson at 5:35 PM No comments:

Rain moved in during the wee hours of the morning and stayed with us until noon, sometimes really dumping! The wind was blowing and it was foggy, too! But at least it wasn't cold. Best thing was the weather didn't keep folks from coming to worship at NHC.

We're in a series (2 Sundays left) in Isaiah 55. Today we parked at verse 7 which says: Let the wicked change their ways
and banish the very thought of doing wrong.
Let them turn to the Lord that he may have mercy on them.
Yes, turn to our God, for he will forgive generously. (vs. 7 NLT)

In that statement I found three steps to restoration with God and a promise to those who take them.
1. Run away from what is wrong.
2. The change you need begins in your mind.
3. Turn your direction toward God.
The promise: God is ready and able to forgive and forget.

It was one of those days when you knew God was working to revive souls (Is. 55:3).

Most excellent selection of songs for today's gathering, especially Casting Crowns "East to West", asking how far has God removed our sin. I love the answer: from "one scarred hand to another". Great job, MP 13 Band.

Like, I'm sure, most of the Christian world, we've been deeply touched by the devastation and depair of the Haitian people. So today and next Sunday we're receiving a special love offering that will go to Christian agencies that are on site doing whatever can be done to help.
Posted by Rick Lawrenson at 4:17 PM 2 comments:

How Far Does Confession Go?

He admitted what we all knew - that he was juiced back in the late 90's when he was busting the horsehide off the hardball. During those years he (along with Sammy Sosa) gave us a home run derby that was unbelievable. Maris and the Babe were left behind in the dust.

Records are made to be broken, right?

But in an interview today with Bob Costas McGwire denied that the "extra" physical prowess that comes with steroids enabled him to hit more homers.

The argument of the augmented (used by Barry Bonds and repeated today by Big Mac) is that steroids don't enable you to hit the ball - that's all about eye-hand coordination. But to say they have no impact on the distance of your hits? And the added strength you get from steriods does increase bat speed. And increased bat speed not only helps you catch up with a 95 mph fastball, but also adds to the distance of the hit. Right?

The Greek language and biblical word for "confess" is homologeo, which means "to say (logeo) the same (homo) thing. In other words to agree that I did whatever. But does confession fall short when we're still in denial about its ramifications?

Just wondering.
Posted by Rick Lawrenson at 10:47 PM No comments: 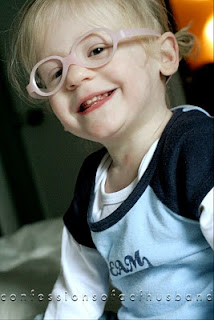 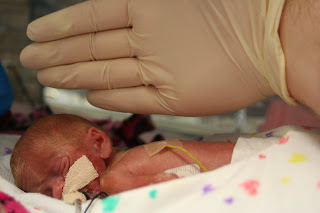 It's Friday, January 8th, 2010!
Happy Birthday, Gwyneth Rose Lawrenson.
Every time I see your smile, watch you play or hear your voice I am reminded of what a miracle you are. And you always have a smile for me, except when you're in your car seat watching a DVD. Then I can't get your attention. But just getting to see you and how happy you are is a thrill.
On your birthday I wrote these words from Duke Medical Center.
I love you very much!
Grandpa

(And apologies to Elvis. I didn't mean to snub you today on your birthday.)
Posted by Rick Lawrenson at 12:01 AM 4 comments:

I commend everyone for braving the cold and getting up and out this morning! Brrrrrr!

Last Sunday I began a 6 week series through Isaiah 55 called "Looking Ahead With Hope at the New Year". It's a great passage for reminding us to get back to the basics in our spiritual lives.

Today was from verses 1 and 2 and directed us to the fact that our deepest needs can only be freely and permanently be satisfied by Christ. To introduce the teaching time the MP13 Band did a rendition of The Stones classic, "Satisfaction". More than a few jaws dropped! But it was a perfect fit! Following the message the band came back and led us in Chris Tomlin's "Enough", which they dusted off, but was the right song. That led into "The Desert Song", another one singing about God being our provision. The teaching should be up on our podcast by mid-week.

I absolutely get charged every Sunday just watching the church be the church, whether it's in serving one another or fellowshipping together or worshipping. To be in a church where the "vibe" is so positive and encouraging is killer. These folks actually love ministry and gathering together.

It's also great to see saints who get it, and are actively inviting friends and acquaintances to come check us out. Most who do come are pleasantly surprised at what they find. Many tell us that they didn't know church could be like this. Who knows how many who genuinely would like to know the Lord stay away because churches have failed to show and teach the relevance of Christ to the 21st century?

After church Doug Whitley, who is in town for a few days, and I went to lunch. You might remember that Doug launched last year's series on Moses with a fantastic portrayal of Moses telling his life story.
Posted by Rick Lawrenson at 10:48 PM No comments: