I don't keep up with this kind of stuff...really. I don't find much redeeming value in today's pop culture celebrities and their escapades. But I came upon this interview and was surprised by what I heard.

If you watch it, hang in for the second half. That's where he says some things that caught my attention.

Here's the link to the interview.
Posted by Rick Lawrenson at 12:32 PM 1 comment: 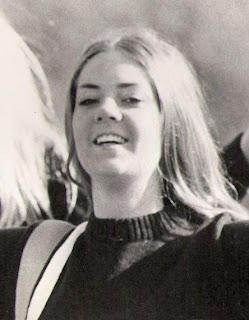 Every day you're special! Hope you enjoy this one.
Posted by Rick Lawrenson at 5:27 PM 1 comment:

Hey Blue! What Game Are You Watching?

Nobody's perfect. Let's start with that. We all make mistakes. Some are inconsequential, but some can ruin lives.

Baseball is a game. It's not life and death. But it is also a game of rules. Without the rules it would, like anything else be nothing but chaos. Last night's Yankees-Angels game got pretty chaotic.

I can easily understand an umpire missing a bang-bang play at a base, or calling a pitch traveling at nearly 100 MPH on the edge of the strike zone a ball happens. A throw arriving from 300 feet away to be caught and then applied to a sliding runner arriving at the same moment can be a difficult at best. Wearing blue can be a tough job.

It's even tougher when a stadium full of fans and millions more watching on television know that among the foundational rules of the game is that if you're not on the base you're not safe, and everyone in the universe sees it happen but the umpire standing feet away.

As the catcher Napoli applied both tags I screamed, "Double play!" (I'm pulling for the Halos, but my hope level is pretty low right now). I thought I saw a most unusual double play. Two runners, neither touching third base were tagged out by the catcher. I know I saw it. So did you if you watched the game. And that's the rule. Both guys are out. It wasn't close. A Little League umpire would have made the right call.

But not last night. It was in so many ways a less than perfect game. But it's just a game.

There is an Umpire who gets every call right every time. He never misses a play. His strike zone is consistently the same. He not only knows the rules, He wrote them. Arguing His calls does no good because He always wins.

Grace is a great thing.
Posted by Rick Lawrenson at 4:09 PM No comments:

Ed and Edith are on the Pulpit Search Committee

In the Baptist tradition a "pulpit search committee" is given the task of finding suitable candidates for filling an open pastoral position in a church.

Below is a composite from real advertisements in a Baptist paper. I find them both amusing and typically sad. How did both Ed and Edith get elected to this committee?

First Baptist Church is seeking a full time pastor to lead and love our congregation. We are seeking an energetic and innovative minister who can recognize the untapped potential of influence in our community and restore our church to its vibrant past. The prospective minister should possess strong pulpit and leadership abilities and have a heart for the community. The prospective pastor should have excellent communication skills and work well with others.

We are looking for a strong leader who has passion for children’s ministries and missions and will show compassion for our elderly church members. Local residence requested. We are seeking a pastor with vision, leadership, and administrative ability to guide us to become the missional church we strive to be.

The successful candidate will have graduated from an accredited seminary. Preference will be given to candidates who have obtained a doctorate.

What I found so telling is that of the seven ads for pastors in this particular issue only one mentioned any sort of spiritual qualification, and that was "a spiritually mature, Christ-led pastor". Even more telling was that this was the only one of the seven that did not specify candidates possess at least a masters degree from an accredited seminary. How does education trump godliness? (FYI, I have no problem with being a seminary graduate. I are one.)

There's nothing wrong with seeking a pastor who can lead, communicate, is visionary, etc. But are those primary or secondary to having a growing spiritual life? And the comment about restoring the church to it's vibrant past...

How about "Looking for a pastor who's life models the qualifications found in 1 Timothy 3 and Titus 1"?

But nothing Ed and Edith do surprises me anymore.
Posted by Rick Lawrenson at 9:19 PM 2 comments:

What's Geography Got to Do With It?

This morning I enjoyed 3 games of racquetball. Played doubles with 3 guys I've played with before. It was a good workout.

One of the guys has been careful in the past to curtail his language when we've played. It's not been something I've requested. But I think he has just tried to be "respectful". Until today!

After a while I said (with a smile), "Man, if words beginning with the letters "S" and "F" were removed from your vocabulary you'd be a mute!"

His response? "I can't help it. I'm from Jersey." I have to add, I've heard that same line before from others.

I happen to know some folks from New Jersey who aren't potty mouthed and rude. So someone help me understand why your home state gives you license to be offensive.

Maybe it's too much time on the Turnpike?
Posted by Rick Lawrenson at 11:38 AM 1 comment:

It's one of those absolutely perfect days in October on the Outer Banks. But it began with a great morning at Nags Head Church. And the 9AM crowd woke up!

Dale Hamilton is back from a year in Iraq! We're glad to have him home. Mark and Sue Burns came home for a quick visit from FL. We really do miss them. And there were 4 young Chinese students in church visiting friends from NHC they met last year in China in a student exchange.

It was great to have Nathan healthy and back up leading the band and worship today. We're so spoiled with the quality of the musicians God has brought here. But it's not just that they're good, they lead us as they worship. And that's the difference between performers and worshipers.

Two videos were used today. One to promote Trunk or Treat. Last year's event drew some 2000 kids and parents to our facility. The second I used at the start of my message "Nip it in the Bud", about negative criticism. Both are up on Youtube.

I saw some faces this morning I haven't seen in church in a long time. That's always a positive thing. God is indeed into second chances, as we saw this morning in Numbers 11.

We're getting so close to finishing the new Kids Zone upstairs. This last week the carpet was installed, some base trim and door trim installed and the shower tiled. This week we hope the lights come in. The plumber can install the fixttures; the HVAC guys wrap it up and the foyer floor tiled. Our hope is to give tours to visiting families at our annual Trunk or Treat on the 31st. The kids are going to love it up there. And we'll get to use our admin area for what it was intended.
Posted by Rick Lawrenson at 4:05 PM 2 comments: